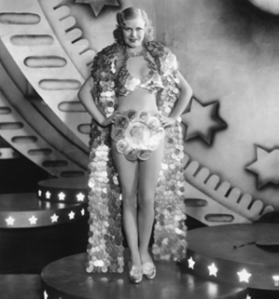 On November 4, CMCI Senior Lecturer Dr Harvey G Cohen will be hosting two events at the British Film Institute Southbank venue, as part of their 2-month “Musicals” film series during October and November.
At one event, at 6:20PM, Cohen will sum up his new book Who’s In the Money: The Great Depression Musicals and Hollywood’s New Deal, with a 60-minute lecture adorned with film clips and graphics concerning the Warner brothers, President Franklin Roosevelt and the dawn of master choreographer Busby Berkeley’s most famous films and why they’re historically important and a lot of fun to watch.

Following this event, Cohen will provide a 10-minute intro to the most profitable of the Great Depression Musicals Warner Bros made and released in 1933: “Gold Diggers of 1933,” and how its themes mirrored many of the historical and political events of 1933 and the Great Depression. As was true in these famous films, dancing and singing eased the pain many were experiencing at the time.

And for our new MA students under the age of 25, please be aware, for this screening and others that the BFI Southbank (across the river from us!) has a very cool £3 discount price for people under 25, including poor grad students. Have fun…