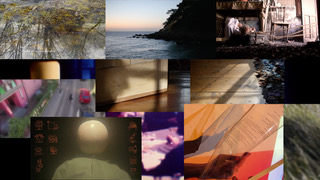 CMCI academic Dr Ricarda Vidal goes into curator mode for the opening of “Talking Transformations: Home on the Move”, an exhibition of artist films, sound art and poetry in translation.

It’s based on two poems which themselves have “travelled” across national borders and then returned “home”: Welsh poet Deryn Rees-Jones’ poem ‘HOME’ travelled from the UK via France to Spain and back, while  Polish poet Rafał Gawin’s ‘DOM. KONSTRUKCJA W PROCESIE SĄDOWYM’ (“Home. Structure on Trial”) travelled via Romania to the UK and back to Poland.

Both poems were written on the basis of workshops with local communities in the UK and Poland. In each country they visited, the poems were translated by a literary translator and a local film artist. Visitors to the exhibition will be able to read the two poems in ten different versions; watch the artists’ visual interpretations in seven film versions; and to listen to the various language versions in an immersive sound collage.

The event is curated by Ricarda Vidal and Manuela Perteghella, with additional input from CMCI’s Dr Kate McMillan. It can be seen at the 64a Gallery, 64a Oxford Street, Whitstable CT5 1DG from 9-10 June; full details at: http://www.talkingtransformations.eu/phase-2-touring/whitstable/