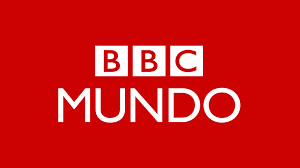 Research by Richard Howells, our Professor of Cultural Sociology, is quoted in BBC Mundo, the Spanish language website of the BBC World Service.

Under the headline: “5 mitos que el cine ha creado sobre el Titanic…”, the article explores the myths about the famous ship that have been created -or at least perpetuated- by the movies.

One of the greatest of these is the belief that the Titanic was held to be unsinkable “dice Richard Howells, profesor de sociología cultural del King’s College London, una universidad con sede en la capital británica.”

Howells is also quoted on the way in which the third classes are somewhat imaginatively portrayed in films about the Titanic. You can read the full article here: http://www.bbc.com/mundo/deportes-43733511

Richard Howells’ published research here includes his monograph The Myth of the Titanic (two editions: 1999 and 2012) and his article “One Hundred Years of the Titanic on Film”, in the Historical Journal of Film, Radio and Television, 2012. Fans of James Cameron’s 1997 film will recognise the joking reference to a famous scene from that movie in our own headline.